Hey Guys,
i am trying to animate a jogger running along a foggy road. I am struggeling to get at least somewhat realistic interactions between jogger and fog. They behave blobby and not very nice. I already added noise as Post Modulation for the Details and also Voxel Density of above 100 Million doesnt seem to change much. 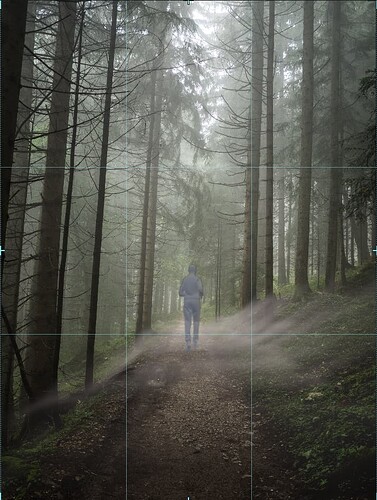 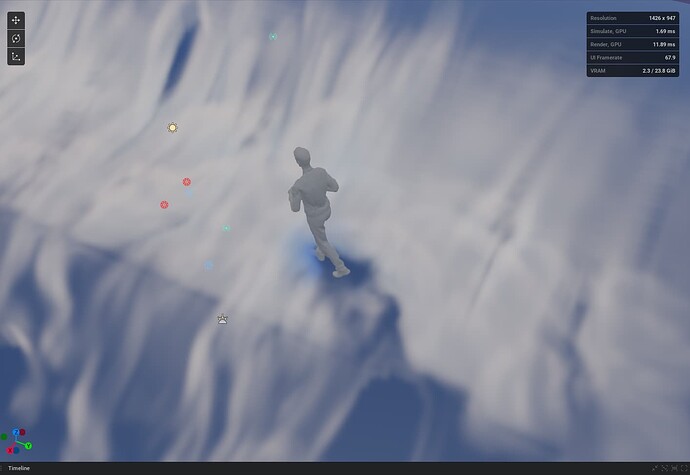 I also recently tried to use embergen as a stilised wind-canal and ran into similar issues where smoke was stuck on random places of the mesh and wouldnt dissipate at all.
So to the question, am i missing something regarding Simulation/Mesh interaction? it seems really really rough no matter what i do. Could those close Interactions be done better in VectorayGen?

I added the File for anyone who want to play around with it. Any help is appreciated

Not sure if i can post links here please remove it if thats not the case.

Edit: Regarding the time remapping part, i am using a lot of Gravity to get that on the Ground fog look,which also makes it move pretty fast. I didnt really find a workaround for that yet.

Thanks for this post, would you be willing to provide the imported mesh file as well? EmberGen would be the tool you want to use here, but there are a variety of tips and tricks that could help you get the look you’re going for. If you have any reference videos as well those are very helpful for saying a lot with little words

Hey @notwillclarke thnaks for your reply.
I added the fbx to the drive folder and updated the link.

I would love to get more “schlieren optics” looks that are very dense and show movement very clearly. Of course not in that detail but it would be great if at least the arms and legs would leave a recognisable trail of influence on their surroundings. 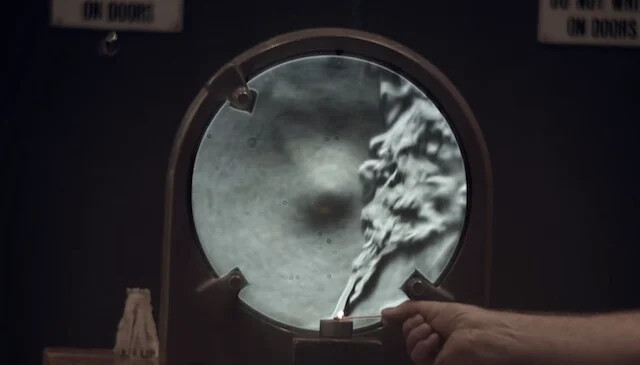 In general i amm working on a project to visualise unseen interactions between objects and people and show the ‘medium’ it all takes place in. Like two people high fiving each other and how the air gets pushed between those two. or how a ventilator moves air in a room or even magnetism and radiation . actually i think it could be even possible to fake a cloud chamber in Embergen but i need to dig deeper for taht

Okay cool that sounds like an awesome project. One thing to keep in mind is that in order to get these sort of micro detail, you need a ton of voxels to populate your simulation. So since we have someone running through a forest, each step is only occupying a small percentage of the total voxels you have. You might want to use this simulation for a ‘wide shot’ and then create a new project where the model is much bigger and you can use just 1 footstep in the frame and have your simulation only focus on that 1 foot step. Even though they are technically different simulations, it could still give you the desired effect you’re looking for. Let me know if this helps or if you have any other questions!

This kind of detail i would only want for somethin like a high five interaction like you said because it would be nearly impossible to do. But for this scene at hand it seems like not even the rough shapes of the body seem to leave an impact on their environment, altough that could be because of al the downward forces. Never the less i find the differences between 2 Million and 100 Million voxels not really doing much regarding the level of detail, which im just not really getting why.

I chucked an adjusted file in the drive folder for you.

All that needed to happen was to manually type in the velocity transfer numbers above the soft cap value that embergen puts on them.

That way you can exaggerate certain parameters.
I also added an emitter that heats up the smoke where it intersects with the runner to get a lifting of the smoke as he goes past.

Is that more what you are looking for?

Could also emit smoke from the runner if you want a more fantasy look idk what you are going for tho. Maybe you could add embergen objects that occasionally lift the smoke around his legs as he runs.

A lot of possibilities here, have fun with it and experiment i say

Good luck hope it works out for you!