Creating Fog vs an explosion

Hi all! First day using EmberFX and wanted to check in with the community on something. I’m reading through the docs and working on learning the software but here is my question…

What is the best way to create a slow moving bank of low-lying fog? I’m been experimenting with trying to raise the gravity, looking for a ‘density’ setting of the particles and playing with adding a force pushing down.

Any suggestions? Thank you!

Have you tried our fog preset? 012_fog is what it’s called. Density is controlled by the emitter. A low bank of fog should be very easy to accomplish depending on the shapes you’re after.

Hi i try to use the 012_fog file with the new version but is incompatible is there a way around it ?

You could download the 0.5.6 version from the embergen download page. Other than that, nothing we can do… however there are a few other presets in the live version that are similar! I think one is called blowing dust.

Turn off as many forces you can, and don´t use fuel channels, turn of bouyance.
Try to use only smoke emission.

I don´t have embergen installed right now, but may install it tomorrow, I had a system crash some month ago so I haven´t been able to re-install all software yet.

You also have to be careful about the noise added …they can affect the motion drasticly.
a high setting of fps may do the trick to simulate it slowly.

It would have been nice though if the fractal noise could be applied Only to smoke and emission channels and not as it acts now…both that and a force motion.

Within some general 3D apps, like Lightwave, blender…you set the emission from a fractal texture or weight paint if you want, and it will be static …Unless additional forces are added, or Unless a bouyancy or temperature, fuel heat is exerting force on to it.
Embergens fractal noise works a bit different, not just acting like a static noise density map.

Would also be nice with more fractal noises, look up Rman collection, a source code that I think is open to use and change, Dennis Pontonnier did that for Lightwave, just awesome textures that would make it easier to apply cloud fractal density in a much better way than the simple noise there is now.

Hi Prometheus, sorry for not responding sooner. It’s funny you make that first suggestion about applying the noise, because we actually have a new “Masking” section to our noise nodes that allow you to influence more of the velocity, smoke, or temperature.

And thanks for the fractal noise recommendation, I’ll add that to our discord channel!

Thank´s for the response,

You can read up on Rman collection textures over here, of course you can make your own stuff …If you do that is, just a tip to check these textures out, I think the foundation of the textures are open source, not sure though.
Dennis made them with the help of Marvin Landis.
Renderman Collection (pagesperso-orange.fr)
At least two is very nice for cloud density maps, which would help out I think for such fluid generation, while others may not be of that much use.

Sample of cloud texture on a volumetric item in Lightwave, so nice to tweak scaling, and other settings to determine the base density and amplitude of the texture, can also be animated within the texture itself.
Lightwave´s native gas solver though… is kind of too slow to work with, otherwise I can use these textures as a gas solver fluid emission density map…so that isn´t showcased.

In Embergen with only one noise and not that much of options to tweak the scaling, it becomes a little limited when trying to set good cloud density texturing, these texture noise fractals have the characteristics of cloud distribution density built in sort of.

Denis Pontonniers Rman collection textures, on volume items in Lightwave, other parts is a simple
shape item for the planet, and a second part is the atmosphere that is also a volume item, the third part is the actual cloud texture as volume item.
All set to Real World scale based on Earth diameters, something you would´t try with fluids though. 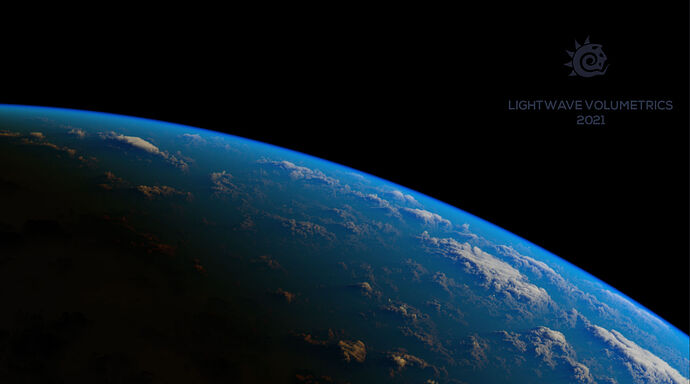 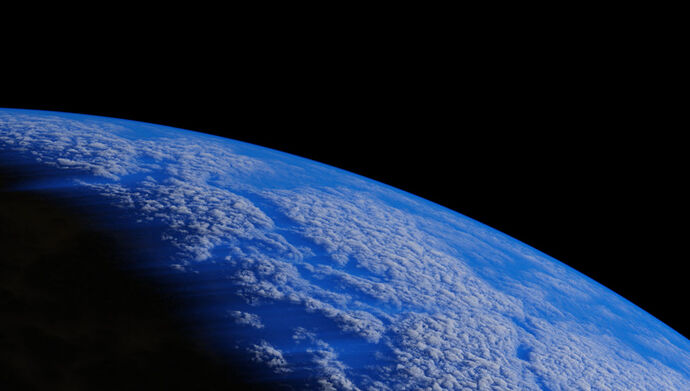 And a sample screenshot of texture settings.
Lightwave has a great library of many many noise fractals apart from the Rman collection, something I wish blender had, if it had I would probably use blender to render more for these kind of stuff.

For embergen, you would have to approch it differently in terms of scale etc, but it would be sweet to map the fluid emission the same way or similar, and make it work only on the density texture distribution, then other forces to drive it. 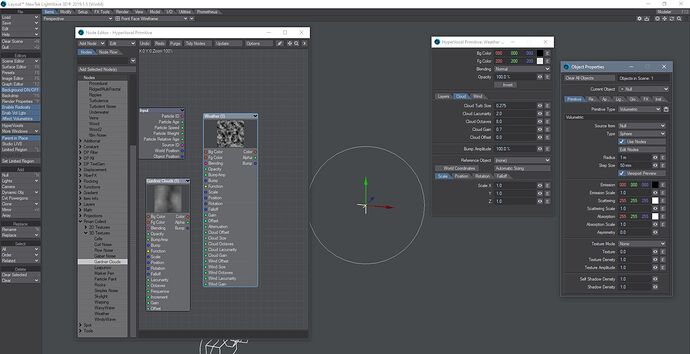 Wow thank you so much for the information and elaboration! I am quoting much of what you said in this post and putting it in an issue on GitHub for multiple noise types. I’d love to see how we can implement these, I know that Gil has been working on the Beta for GeoGen and he has an awesome library of noise masking that I hope we can utilize.

Thank you.
If I get the time I may record a texture demonstration somehow, both in Lightwave, blender, Embergen to point out some things.

I´ve had a computer shutting down every now and then though Kernel power 41 …a common problem, could be GPU, could be PSU etc, the machine is almost 5 years old so, will have to solve that, but it led to a system failure when I tried to install some new drivers and that caused the machine to fail to even boot up window, so I had to re-install everything, and I haven´t even re-installed embergen, will do this week though.

So unfortunately I have missed some time I had planned to work with it, and I also have to step back from the maintenance and updates prescription for a while, inflation and such is also a part of it, but I plan to get back on that prescription plan for updates within some months perhaps, will have to follow the Embergen progress on Trello

By the way I have to give applause to JangaFX for having that policy, Newtek and Vizrt that makes Lightwave, has the policy of not discussing it…which I believe is one part of a potentional Doom for them, Communication Is a Keyfactor/essence in pretty much every system that is under a process of developing and functioning properly.

Agreed, we want to be as transparent as possible. Unfortunately sometimes this means people may get anxious for a product that isn’t close yet, but we try to be as honest as we can while still remaining private enough to our developers.

One thing you’ll want to check out, if you havent already, is our test builds in the discord. We are sending a test build for people to experiment with and report back any inconsistencies or bugs they find, and it has all the new features (which are really great).