How to mask or hole out flames in render sequence

IS there a way to mask the flame when rendering to image sequence? Similar to a holed out shader in blender 3d? I did see the tutorial about the torches but I don’t think anything ever went in front of the flame.

for example I have imported an fbx with 2 objects. I am able to assign each of the objects to a “mask” in the import node. One is a landscape and the other is a cube. I would like flames to emit from the cube behind a hill in the landscape. How do I make the landscape object mask out the flame?

Hi Seth, you can change this behavior in the Render node under Shapes Rendering: Holdout 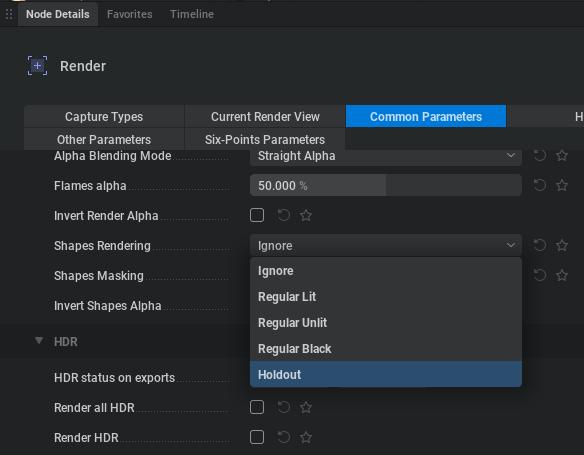